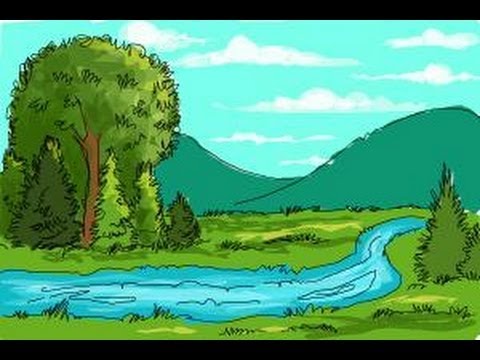 The process by which water continually changes its form and circulates between oceans, atmosphere and land is known as the water cycle.

The major sources of fresh water are the rivers, ponds, springs and glaciers. The ocean bodies and the seas contain salty water(Presence of sodium chloride).

Three-fourth of the earth surface is covered by water.

The movements that occur in oceans can be broadly categorised as:

The rise and fall of water due to tides is being used to generate electricity in some places.

The Labrador Ocean current is cold current while the Gulf Stream is a warm current.

The ocean current influence the temperature conditions of the area. Warm currents bring about warm temperature over land surface. The areas where the warm and cold currents meet provide the best fishing grounds of the