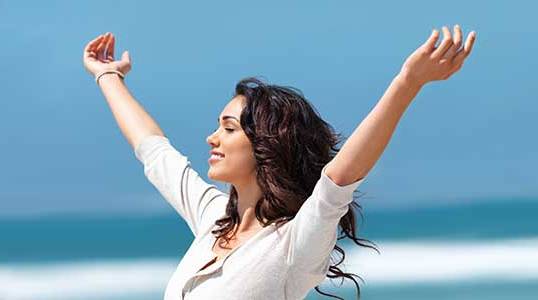 Air we take in while breathing is actually a mixture of many gases. Plants need nitrogen for their survival.

Humans and animals take oxygen from the air as they breathe.

Green plants use carbon dioxide to make their food and release oxygen.

When air is heated, it expands, becomes lighter and goes up. Cold air is denser and heavy.

Weather is a day to day phenomenon. However, the average weather condition of a place for a longer period of time represents the climate of a place.

The degree of hotness and coldness of the air is known as temperature.

An important factor that influences the distribution of temperature is insolation. Insolation is the incoming solar energy intercepted by the earth. The amount of insolation decreases from the equator towards the poles.Therefore, temperature decreases in the same manner.

Temperature is measured in  degree Celsius. It was invented by Anders Celsius. On the Celsius scale the water freezes at 0°C and boils at 100°C.

Winds can be broadly divided into three types.-

Moisture in the air at any time, is known as humidity.

Precipitation that comes down to the earth in liquid form is called rain.

FlipKart is offering upto 50% offÂ + upto Rs. 13250 off (Exchange) on Mobiles.Smartphones – Free You

FlipKart is offering minimum 35% off on Gaming.ICICI Bank Credit Cards – 10% off upto Rs. 750 on Pur