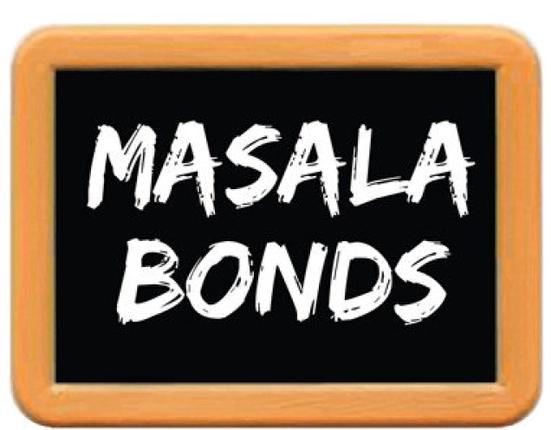 Bonds are instruments of debt – typically used by corporates to raise money from investors.

Masala bonds are Indian rupee denominated bonds issued in offshore capital markets. These will be offered and settled in US dollars to raise Indian rupees from international investors for infrastructure development in India.

IFC will convert bond proceeds from dollars into rupees and use the rupees to finance private sector investment in India.With a masala bond, a corporate could issue Rs. 10 billion worth of bonds with the promise of paying back Rs. 11 billion in one year.

The International Finance Corporation (IFC), the investment arm of the World Bank, issued a Rs. 1,000 crore bond in November last year. The purpose of the issue was to fund infrastructure projects in India. IFC named them ‘masala’ bonds to reflect the Indian angle to it.

Masala Bonds is an attempt to increase the international status of rupee and is also a step toward full currency convertibility.

The Finance Ministry has cut the withholding tax on interest income of such bonds to 5 per cent from 20 per cent, making it attractive for investors. Also, capital gains from rupee appreciation are exempted from tax.

Masala bonds are a good idea to shield corporate balance sheets from exchange rate risks. But they are best used in moderation. The after-effects of too much masala are not pleasant.

Amazon is offering 50% off or more on BMS Lifestyle.Free delivery on ALL orders: Amazon PrimeClick h

Amazon is offering upto 50% off on LED Bulbs & Tube Lights.Free delivery on ALL orders: Amazon P

FlipKart Back to School