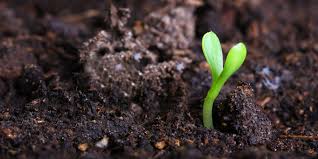 Soil is the mixture of minerals, organic matter, gases, liquids, and the countless organisms that together support life on Earth.

Soil is a natural body known as the pedosphere and which performs four important functions: it is a medium for plant growth; it is a means of water storage,supply and purification; it is a modifier of Earth’s atmosphere; it is a habitat for organisms; all of which, in turn, modify the soil.

Soil is considered to be the “skin of the Earth” and interfaces with its lithosphere, hydrosphere, atmosphere, and biosphere.

Soil is the end product of the influence of the climate, relief (elevation, orientation, and slope of terrain), organisms, and parent materials (original minerals) interacting over time.

Pedology is focused on the formation, description (morphology), and classification of soils in their natural environment, whereas edaphology is concerned with the influence of soils on organisms.

Soil acts as an engineering medium, a habitat for soil organisms, a recycling system for nutrients and organic wastes, a regulator of water quality, a modifier of atmospheric composition, and a medium for plant growth.

Soils supply plants with mineral nutrients held in place by the clay and humus content of the soil.

The soil texture is determined by the relative proportions of sand, silt, and clay in the soil. The addition of organic matter, water, gases and time causes the soil of a certain texture to develop into a larger soil structure called an aggregate.